The explosive growth in data science and machine learning has led to an unprecedented demand for AI professionals in recent years. However, the unfortunate fact remains that only a small proportion of these individuals will be female.

In the field of AI and technology, females are significantly under-represented. According to a 2018 study from Wired and Element AI, just 12% of AI researchers globally are female. There is also research from the Alan Turing Institute to suggest that more women are needed in data science disciplines to address the algorithmic gender bias appearing as a result of this lack of female input.

But all is not lost – there is an active drive to attract more women into STEM careers by governments around the world. And for our budding young female data scientists and programmers of the future, there are some incredibly inspirational female pioneers helping to shape the world of AI as we speak.

In honour of International Women’s Day, we’ve put together our top 10 list of influential women in AI (in our humble opinion). 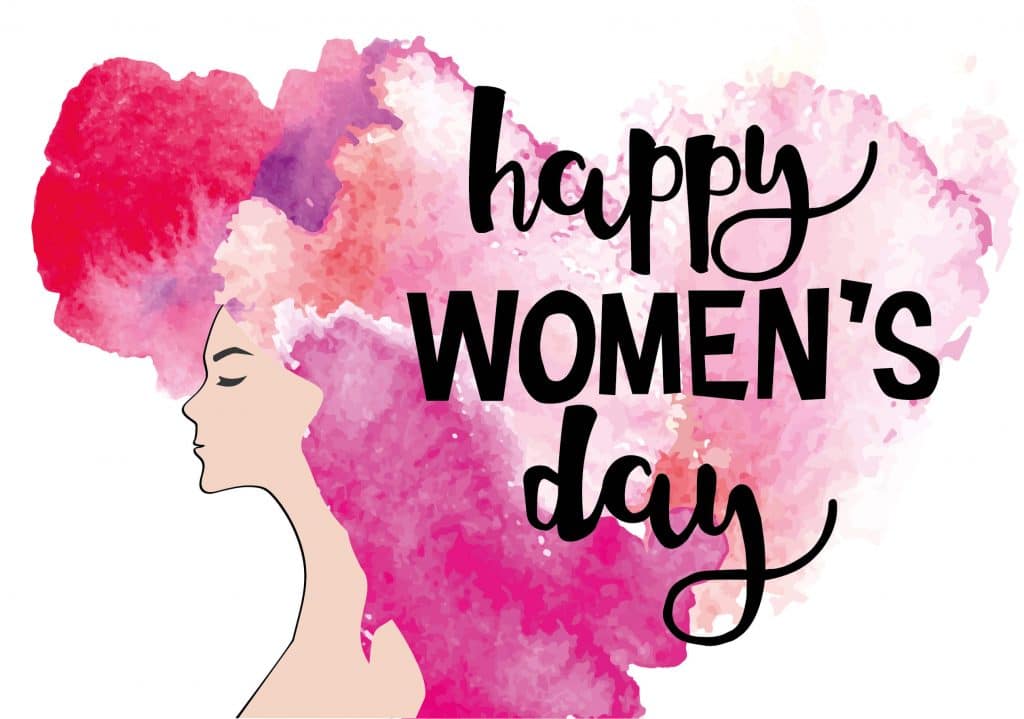 Mounia is a Director of Research at Spotify and the Head of Tech Research in User Engagement, where she leads an interdisciplinary team of research scientists focused on personalisation and discovery. Her work focuses on studying user engagement in native advertising, digital media, social media, search, and now music, using AI technology – clearly extremely relevant in today’s digital world. Mounia’s previous roles include Director of Research at Yahoo and Research Chair in the school of computing science at the University of Glasgow. She has supported and enabled numerous PhD and MSc students worldwide to graduate, encouraging the next generation of data scientists to bring positive developments to the sector, which we applaud.

Dr Renata Rawlings-Goss is a biophysicist by trade, and much of her research focuses on data-driven analysis of genetic/expression variation among worldwide human populations. Beyond her research, she actively promotes the advancement of AI through effective partnerships and learning. She is currently the founding Executive Director of the South Big Data Innovation Hub, whose mission is to develop partnerships among universities, industry, and government around Big Data, Data Science, and the Internet of Things. She was instrumental in creating the National Data Science Organizers group (NDSO.io) and is also the CEO of Good with Data, LLC, which runs The Data Career Academy, focused on developing the AI workforce of the future.

Daniela Rus is one of the world’s leading roboticists and head of MIT’s Computer Science and Artificial Intelligence Lab (CSAIL), one of the largest and most prestigious AI research labs in the world. Her ground-breaking research has played an instrumental part in the advancement of networked collaborative robots (robots that can work together and communicate with one another), self-reconfigurable robots (robots that can autonomously change their structure to adapt to their environment), and soft robots (robots without rigid bodies). With the demand for robotics increasing rapidly, particularly within manufacturing, Daniela’s work is helping develop artificial intelligence that could transform Industry as a whole in the not-too-distant future. It’s a fascinating and exciting area of AI, and Daniela is leading the charge, so she most certainly makes our list for this reason.

As the co-founder of the AI. Now Institute at New York University and the inaugural Visiting Chair for AI and Justice at the École Normale Supérieure in Paris, Kate Crawford is a professor and leading researcher, studying the social implications of data systems, machine learning, and artificial intelligence. With such rapid advancement in AI, her work brings essential insights into the impact of technological developments on society from a political, social and planetary perspective.

Kate has a well-established career behind her. Her work has led to her becoming an advisor to policymakers in the White House, the Federal Trade Commission and the United Nations. She has also written for high profile publications such as The New York Times and The Wall Street Journal. She is co-founder of the Fairness, Accountability, Transparency, and Ethics (FATE) group at Microsoft and a member of the World Economic Forum’s AI and Robotics Future Council. She embodies the true meaning of a positive influencer.

Elizabeth Adams has a slightly different view on AI than some others on our list. Still, we wanted to include her to demonstrate the variety of career paths within AI where women can make a difference. Elizabeth is a technology integrator working across Cyber Security, AI Ethics, and AI Governance. She also passionately teaches, consults, and writes on the critical subjects within Diversity & Inclusion in Artificial Intelligence. As a member of the IEEE Global Initiative on Ethics of Autonomous and Intelligent Systems, she helps build global standards for AI Nudging & Emotion AI and is committed to embedding ethics and human-centeredness into artificial intelligence systems of the future.

As a graduate student, Joy opened the world’s eyes to the racial and gender prejudices embedded in facial recognition systems through her pioneering work on algorithmic bias. As a result, Amazon, Microsoft and IBM suspended their facial recognition offerings, acknowledging that the technology was not yet fit for public use. For those interested in this field, her work is powerfully profiled in the documentary Coded Bias. She stands at the forefront of a growing movement to identify and address the social consequences of artificial intelligence technology, a movement she advances through her non-profit organisation, Algorithmic Justice League. Her work will undoubtedly help the industry improve AI diversity and inclusion capabilities for the future.

Allie Miller is Amazon’s US Head of AI Market Growth for Start-ups and Venture Capital (AWS), supporting some of the largest AI organisations. Previously at IBM, she led large-scale product creation through computer vision, conversation, data, and regulation, becoming their youngest female employee ever to create an artificial intelligence device.

Allie is also the founder of The AI Pipeline, formed to create more significant equity in Machine Learning, a national ambassador at the American Association for the Advancement of Science (AAAS), and an ambassador to the 10,000-strong ‘Advancing Women in Product’ organisation. She was named “AI Innovator of the Year” by Forbes in 2019 and is a true inspiration to young women who aspire to innovation and leadership roles within AI.

Dr Lucia Specia is a Professor of Natural Language Processing at Imperial College London and the University of Sheffield. Her research focuses on various aspects of data-driven approaches to language processing, with a particular interest in multimodal and multilingual context models. Her work has been applied to multiple tasks such as machine translation, image captioning, quality estimation and text adaptation. She is currently involved in several machine translation research projects, including multilingual video captioning and text adaptation, which will undoubtedly play a key part in advancing AI-driven technology in this field.

Cassie Kozyrkov is Google’s lead data scientist and prominent advocate of safe, reliable AI. Her focus is on applied AI and data science process architecture. Cassie founded the field of ‘decision intelligence’ at Google, bringing social science, decision theory, and managerial science together with data science to inform our understanding of how actions lead to outcomes. Among her accolades, she has appeared on the cover of the Forbes AI data science issue and was named the LinkedIn #1 Top Voice in Data Science and Analytics in 2019. In our opinion, Cassie is a great role model for female AI professionals.

Dr Fei-Fei Li is a prominent and well-respected member of the AI community, and rightly so. She is the inaugural Sequoia Professor in the Computer Science Department at Stanford University and Co-Director of Stanford’s Human-Centred AI Institute. She also held the Vice-President position at Google and the Chief Scientist of AI/ML role at Google Cloud during her sabbatical. Her main research areas include machine learning, deep learning, computer vision and cognitive and computational neuroscience. But what we love most about Dr Fei-Fei Li is that she has co-founded a non-profit organisation called AI4ALL, dedicated to educating the next generation of AI technologists, thinkers and leaders, and promoting diversity in STEM and AI roles.